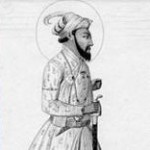 The Sultanate Period and the Early Mughal Empire

The Third Perso-Indica Conference will look at the beginning of the translation process and the production of Persian works on Indic learning during the Sultanate Period and the Early Mughal Empire (1206-1556). The period before the coming into power of Akbar in 1556 constitutes certainly the epoch that until now has received less attention from the scholars working in this field. This conference aims to fill this vacuum. It addresses several main questions, exploring them from different disciplinary perspectives. Which were the main reasons underlying the beginning of these Persian studies and which was the influence of royal patronage on them? Should we see these Persian texts mainly as the outcome of the policy of some Muslim monarchs seeking to legitimize their power on India, or should we rather take also into account other needs and intellectual trends? Who were the scholars and the translators who took part in this enterprise? Which were the methods of translation employed to produce these texts? How was the Indic learning interpreted and changed through the translation and how did this also involve a redefinition of the Persian terms and concepts used in the translation? Finally, which fields of knowledge were most paid attention to by these studies during the Sultanate and the Early Mughal periods and for which reasons?

Funded by: The Franco-German Program in Social Sciences and Humanities (ANR-DFG) – University of Delhi.