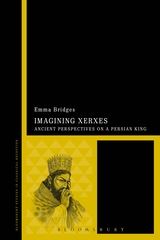 Imagining Xerxes is a transhistorical analysis that explores the richness and variety of Xerxes’ afterlives within the ancient literary tradition. It examines the earliest representations of the king, in Aeschylus’ tragic play Persians and Herodotus’ historiographical account of the Persian Wars, before tracing the ways in which the image of Xerxes was revisited and adapted in later Greek and Latin texts. The author also looks beyond the Hellenocentric viewpoint to consider the construction of Xerxes’ image in the Persian epigraphic record and the alternative perspectives on the king found in the Jewish written tradition.