The second international Summer School on Communication in the Achaemenid Empire: Achaemenid Elamite, Bisotun and the Persepolis Archive will be taking place at the Center for the Great Islamic Encyclopedia on 12–21 May 2014. 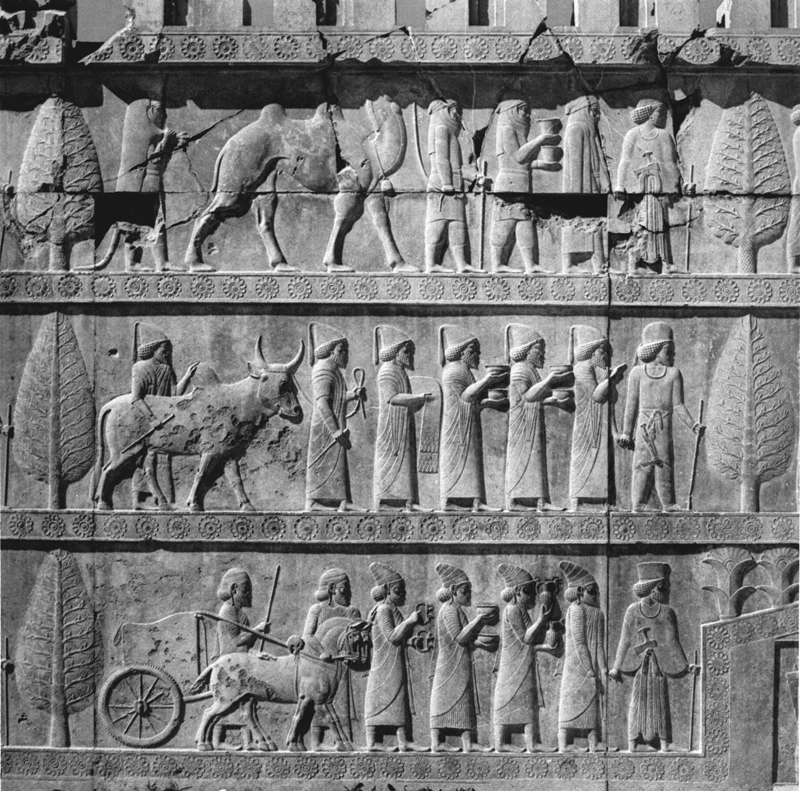 1. Mythical kings, empire and multiculturalism: The case of the Achaemenids

The Achaemenids (550–330 BCE) ruled over a vast and multicultural empire, encompassing numerous indigenous and conquered traditions. How did these various groups co-exist in the administration of the empire and influence Achaemenid ideals of kingship? This lecture will explore relevant Zoroastrian topoi and examine their afterlife in the Achaemenid era.

The first Persian Empire (559-331 BCE) was the biggest land empire the world had seen, and seated at the heart of its vast dominions, in the south of modern-day Iran, was the person of the Great King. Immortalized in Greek literature as despotic tyrants, a new vision of Persian monarchy is emerging from Iranian, and other, sources (literary, visual, and archaeological), which show the Kings in a very different light. Inscriptions of Cyrus, Darius, Xerxes, and their heirs present an image of Persian rulers as liberators, peace-makers, valiant warriors, righteous god-fearing judges, and law-makers.

Around them the Kings established lavish and sophisticated courts, the centres of political decision-making and cultural achievements in which the image of monarchy was endorsed and advanced by an almost theatrical display of grandeur and power.

This book explores the representation of Persian monarchy and the court of the Achaemenid Great Kings from the point of view of the ancient Iranians themselves and through the sometimes distorted prism of Classical authors.

The Achaemenid Persian Empire (550–330 BCE) was a vast and complex sociopolitical structure that encompassed much of modern-day Turkey, Syria, Jordan, Israel, Egypt, Iraq, Iran and Afghanistan and included two dozen distinct peoples who spoke different languages, worshipped different deities, lived in different environments and had widely differing social customs. This book offers a radical new approach to understanding the Achaemenid Persian Empire and imperialism more generally. Through a wide array of textual, visual and archaeological material, Elspeth R. M. Dusinberre shows how the rulers of the empire constructed a system flexible enough to provide for the needs of different peoples within the confines of a single imperial authority and highlights the variability in response. This book examines the dynamic tensions between authority and autonomy across the empire, providing a valuable new way of considering imperial structure and development.