The paperback of my book is here! You can order a copy from the Edinburgh University Press. I am grateful to the series editor, Lloyd Llewellyn-Jones, for giving this book a home and to the editors at the EUP for guiding me through the publication process.

I list the reviews of my book here, and wrote for the EUP a blog about the content of the book and my approach which you can read here.

Now, I get ready for my second book.

My part in the WZO’s annual seminar this coming Sunday along with my @invisible_east colleagues, @ArezouAzad, Hugh Kennedy and Tommy Benfey:

The birth of the abestāg from the spirit of philology

END_OF_DOCUMENT_TOKEN_TO_BE_REPLACED

Some nifty and original observations by my Shervin Farridnejad on a passage in the Nērangestān, discussing the priestly duty concerning the care of xrafstars, commonly referred to as obnoxious creatures:

END_OF_DOCUMENT_TOKEN_TO_BE_REPLACED

In this paper a unique gold coin of Shāpūr I, first published by Michael Alram, is reexamined from some iconographic details as well as from an epigraphic point of view, comparing the legend of the coin’s obverse with the Sasanian royal inscriptions.

I haven’t seen the ToC of this book, but know that Matthew Canepa has a chapter here, entitled Dynastic sanctuaries and the transformation of Iranian kingship between Alexander and Islam, focusing on the ‘Middle Iranian’ period. It is an excellent article and will hopefully be available soon.

Babaie, Sussan & Talinn Grigor (eds.). 2015. Persian kingship and architecture: Strategies of power in Iran from the Achaemenids to the Pahlavis. I.B.Tauris.

END_OF_DOCUMENT_TOKEN_TO_BE_REPLACED 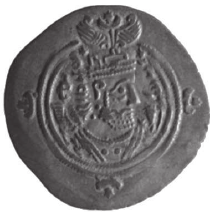 An important article by Heidemann, Riederer and Weber on a hoard of coins from the final years of the empire. I personally find the dipinti on the coins very interesting. Heidemann’s discussion of the hoard, his conclusions and Dieter Weber’s decipherment of the graffito are fascinating:

The analysis of a hoard from the time of the collapse of the Sasanian Empire offers new insights into the administrative situation within the realm of Yazdgard III during his presence in Kirmān. Interpreting die chains using old or newly engraved dies with the then anachronistic name of the previous shāhānshāh Khusrō II, and finding an unlikely variety of mint abbreviations and dates within one workshop, allows us to infer the processing of huge amounts of silver in an unregulated way, compared with the orderly mint administration before the battle of al-Qādisiyya. A rigorous numismatic conclusion makes the change to a centralised minting in Kirmān likely where coins, rather than the dies, were sent to the districts. The key dates of the hoard coincide with the battle of Nihāvand 642 and the beginning of the invasion of Kirmān. Many of the coins bear dipinti with legible Pahlavī inscriptions, highlighting a cultural way of marking coins at the end of the Sasanian Empire.